You must enable Javascript on your browser for the site to work optimally and display sections completely.

Akkerman Fortress is located in the city of Bilhorod-Dnistrovskyi in Odesa region. It was one of the largest and most powerful fortified sites in the northwest Black Sea region in XIII-XV centuries.
9
9 Like
Google Maps
Add to trip

Akkerman Fortress is located in the city of Bilhorod-Dnistrovskyi in Odesa region. It was one of the largest and most powerful fortified sites in the northwest Black Sea region in XIII-XV centuries.

In 1484, after a long siege of the fortress, the Ottoman Empire seized it and named Akkerman (White Castle). It has been under the Turkish rule for more than 300 years.

Akkerman fortress covers an area of ​​nine hectares; the length of the walls is nearly 2 kilometers, while their height range from five to 15 meters and the width – from 1.5 to 5 meters. The fortress is surrounded by 14 meters deep moat. The shape of the building resembles an irregular polygon. The fortress was built on the remains of the Greek city of Tyras founded 2,500 years ago. Numerous tribes and peoples inhabited the land after the Greeks left it.

The fortress walls were reinforced with 34 towers of different forms and shapes – rectangular, round, octagonal, three-tier. Every tower had a name, such as the Prison, Commandant Tower, Pushkin Tower, Ovid Tower, etc. Only 26 towers have been preserved. The fortress walls were divided into several yards, namely Garrison, Civic and Quarantine (other carried the names of Dockside or Economic) that could be transformed into independent defense frontiers.

There are legends associated with the names of some towers. On the southeast, there is a tower with two names, Maiden and Ovid’s tower. It is located to the left of the main gate. At the estuary, opposite the Ovid Tower, there is Pushkin Tower. The fortress is one of the most popular tourist sites in southern Ukraine. It is a popular destination for staged performances and music festivals. The fortress is a good shooting set for different movies. 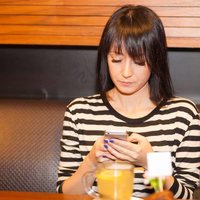 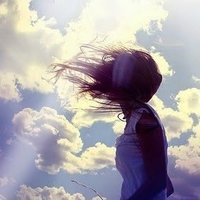 Crypt of the Sarmatians

Underground church of St. John the New of Suceava

Excavation of the ancient city of Tire

Sign up for newsletters and deals from discover.ua and our partners

By clicking submit you agree to the Terms and Conditions.